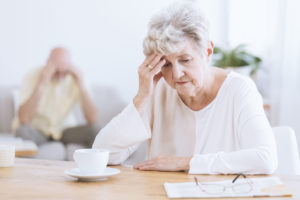 Here’s some exciting health news to kick start your weekend: for the first time, scientists have found a way to lower risk of dementia.

Dementia is primarily affected by genes and age, both of which are out of our own control. It has taken years for scientists to find a variable related to dementia that humans could change. This variable is blood pressure. Through a study, more than 9,300 elderly people who had heart problems, or were prone to developing heart problems, were asked to lower their blood pressure to either 120mmHg or 140 mmHg. The study found that people who lowered their blood pressure to under 120mmHg also lowered their risk of mild cognitive impairment (MCI), which is the gateway to dementia.

“Controlling blood pressure is not only good for the heart but good for the brain,” says Dr. Jeff Williamson, chief of geriatric medicine at Wake Forest School of Medicine, and one of the lead investigators in the trial. “This is the first intervention of any kind that has been proven in a randomized controlled trial to reduce the risk of mild cognitive impairment.”

Because the subjects were only studied for five years, doctors can only conclude that lower blood pressure will reduce the risk of MCI. Dementia takes a lot longer to develop over time, so scientist can only infer that it will lower the risk of dementia, and this secondary finding will need to be tested in the future.

According to this article, the future is a little brighter as we now know that lower blood pressure leads to healthier and stronger brains, and that keeping blood pressure under control may be a way that some people can slow the deterioration of the brain that can lead to dementia and even Alzheimer’s.