Home / MCNTalk / How Much Exercise Is Needed to Lose Weight? 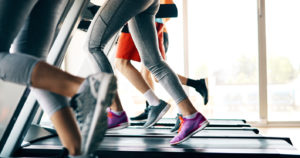