Home / MCNTalk / Mental Health as it Contributes to Homelessness: One Person'... 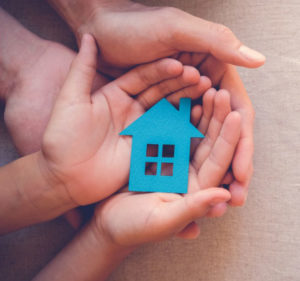 Homelessness plagues many cities throughout the nation and it’s all too common to see signs stating “anything helps.” Americans wrestle with how they can help the homeless, and often ask the question: Who were you and where were you before you were homeless?

The New York Times tried to answer these questions through one example. In this story they narrate the life of Nakesha Williams, an African American woman who pre-homelessness was known as “a bright light” of potential, personality, creativity, and intelligence, but somewhere along the way mental health disorders took hold and altered her course.

Nakesha’s reputation of being a “bright light” started in high school as she served as class president and a member of the National Honor Society. She had many friends and excelled academically. Nakesha attended Williams College where she studied dance, specifically emphasizing African origins. She was awarded a prize for the “best scholarly work submitted by a Williams undergraduate in the field of African studies.” With so much potential, success, and strong relationships, Nakesha seemed destined for a stable and happy future, but over the decade after college she spiraled downward as her mental disorders piqued and her future changed course.

Over the next few years Nakesha bounced between jobs and living with different friends all ending abruptly and without any explanation. Eventually, Nakesha became homeless. She still kept in touch with many college friends through emails and would express how she didn’t have any food, hadn’t showered in days/weeks, and was sleeping on benches, buses, and parks. Countless friends extended temporary offers of help (clothing, food, and gift cards), which she readily accepted, but when she was asked if she needed counselling, medication or help getting into a shelter or housing, she would deny that she was homeless and say she didn’t need any help. Slowly, she lost contact with her friends, and continued to believe she did not need assistance and was not “homeless.”

This article is an example of mental health being a leading cause of homelessness, and how it can severely alter a person’s ability to live a functional life if not remedied through appropriate care.