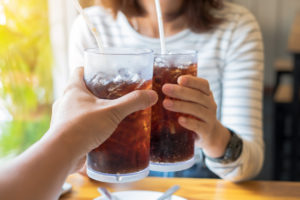 Per this article in The Washington Post, a new tax on soda in Great Britain seems to have had quite an impact in the mere two weeks since its introduction.

Soda taxes aren’t a new idea, and at MCNTalk we’ve been writing about them for a few years now (see “Big Soda, Big Problems” and “Americans are Starting to Drink Less Soda,” both from 2015). So what’s new about the British tax and why does it seem to be working? Because it’s not discouraging people from drinking sodas, but rather it’s encouraging soda makers to reduce the sugar content. To accomplish that, the tax rate is based upon the actual sugar content of the soda and so varies from brand to brand.

The tax is already being touted by people such as George Osborne, the former UK Finance Minister, as a model for this type of tax in other countries. However, another explanation for this most recent move by soda companies to reduce the amount of sugar in their drinks is simply to be more popular with customers and remain competitive with the whole range of sparkling water beverages.

Check out the article in The Post to see just how much the sugar levels — and therefore total number of calories and carbohydrates — in a variety of sodas including Coca Cola and San Pellegrino’s popular Limonata have recently been reduced.