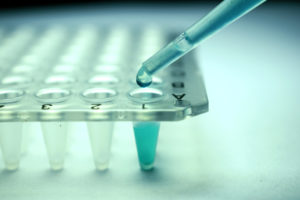 Stem cell injections have not been approved by the FDA. As one official notes in this story from the Washington Post, “The facilities argue they aren’t subject to FDA regulation because they use surgical procedures to administer patients’ own cells – meaning they aren’t making new drugs.” Other doctors counter that the FDA is trying to take a  stand against the stem cell industry to eliminate competition for pharmaceutical companies.

The Post article  details a troubling situation. A woman named Doris Tyler received a stem cell injection in her eyes with the promise of improved vision. The outcome: her retina detached in both eyes, and she was blind within a few months.

Opinions vary about whether stem cell clinics offer a useful service or are a scam. In some cases state officials have or are planning to introduce legislation requiring stem cell clinics to be transparent and honest by posting warnings related to their treatments. Despite the disputes though, stem cell clinics are popping up in vast numbers across the United States. While there were only two clinics in 2009, there are now over 700 across the country.