Home / MCNTalk / The Controversy Behind Our Nation's Meningitis Outbreak 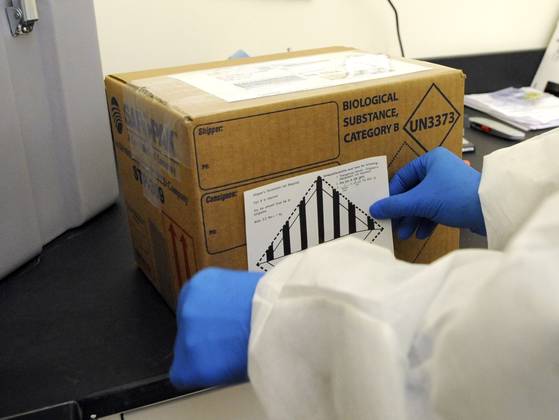 Our nation’s current meningitis outbreak has many people talking about two things: compounding pharmacies and lawsuits.

As of today, the Center for Disease Control has reported that 14 people have died in 170 cases of the outbreak which was caused by a steroid injection used for back pain. The contaminated vials were made by the New England Compounding Center in Framingham, Massachusetts, who recently recalled the products and shut down all operations

With nearly 14,000 people who may have been exposed to the steroid, the controversy has already sparked an investigation by the U.S. Food and Drug Administration and scrutiny about whether compounding pharmaceutical products is even legal.

A Forbes article “The Meningitis Outbreak: What Can Compounding Pharmacies Do Next?”, addresses many of these concerns about why compounding may cause more risks than benefits.

The Food and Drug Administration (“FDA”) explains that compounding “is an age-old practice in which pharmacists combine ingredients to create unique medications that meet specific needs of individual patients.” While the FDA has recognized that “pharmacy compounding is a vital service that helps many people,” they give a very ambiguous definition as to whether this practice is safe.

One patient who had received the injection is suing the firm, saying she is experiencing symptoms of meningitis and this may just be the first wave of lawsuits over the deadly outbreak. The FDA has become  increasingly concerned about the dangers from compounding over the past few years for two reasons. First, some companies allegedly engage in the large-scale production of drugs under the guise of compounding. Such companies, in the FDA’s eyes, are acting like manufacturers, but often without complying with the regulations requiring good manufacturing practices.

Thousands of these pharmacies so play a critical role in providing custom drug mixtures and hard-to-find compounds that might otherwise be unavailable to doctors and their patients. But a proliferation of compounding operations and federal oversight of these manufacturing regulations has obviously created a major national scandal. The article’s author, Richard Levick states:

“In a debate where liberals like Markey simultaneously deplore “the magnitude of sales”by the New England Compounding Center, it’s hard to know if this industry, caught in an ideological cross-fire, has any friends left.

The best way out of any such reputational cul-de-sac is to hit hard on the value that your company or industry provides even as you fully cooperate in efforts to remediate the problems you’ve caused. If you deserve to survive, the public benefits will palpably outweigh the liabilities in the court of public opinion.

The compounding pharmacy industry knows what those benefits are and what they’ll continue to be for quite some time to come. The industry has duly pointed out that drug companies cannot manufacture every medication that’s needed; that the compounders are filling a critical gap in our healthcare system; and that compounding pharmacists are steadfastly working with hospitals and doctors to help meet a prescription drug shortage of near-crisis dimension.” Read More…