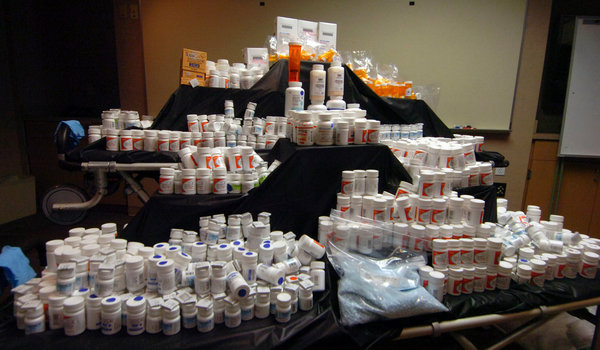 The Wall Street Journal article, “Making the Pharmacy Crawl,” explains the pressure that pharmacists and doctors have been under to regulate opioid prescriptions and how it has caused more tension for patients.

While the DEA had hoped these efforts would force pharmacists and physicians to exercise more caution, the issue conflicts with doctors and patients who legitimately need the painkillers. The author, Timothy Martin stated:

“Several states now make doctors criminally liable and revoke their licenses for writing prescriptions for painkillers that lead to overdoses, prompting many to stop prescribing them at all. Other states have tightened regulation of pain clinics, forcing so-called pill mills to close but leaving people in need of pain medications with fewer doctors.”

The term “pharmacy crawl”  has recently been used by chronic pain patients in Florida who must now travel around town to get their prescriptions filled. Many pain patients believe there is a precription shortage, but the DEA says the decrease in opioid prescription availability could be a number of factors, including pharmacists simply being more cautious.

The president of Physicians for Responsible Opioid Prescribing, Dr. Andrew Kolodny believes the regulation is necessary to help mitigate the diversion of controlled substance and make wholesalers and pharmacies more responsible. He stated:

“The efforts to crack down on pills mills and irresponsible pharmacies and wholesalers are really appropriate and necessary… These groups pointing at the DEA and others should look in the mirror. They only have themselves to blame for the prescription-drug epidemic.”

Until recently, the state of Florida had played the role of our nations “Pill Mill” capital and was known for having the worst Drug Monitoring Systems in the country. Frequented by drug addicts, corrupt physicians and pharmacists, and drug traffickers, it’s no wonder why the DEA honed in on Florida’s top drug wholesalers.

While it is unfair that legitimate chronic pain patients must suffer on behalf of those who abuse opioids, the fact is our nations prescription narcotic problem is killing millions each year, with a death toll now exceeding those of heroin and cocaine combined.

With hopes of finding a balance between monitoring improper prescription and maintaining patient access to these drugs, the National Alliance for Model Drug Laws, are working with state officials to find a solution to the current “pharmacy crawl” issue. Read More…