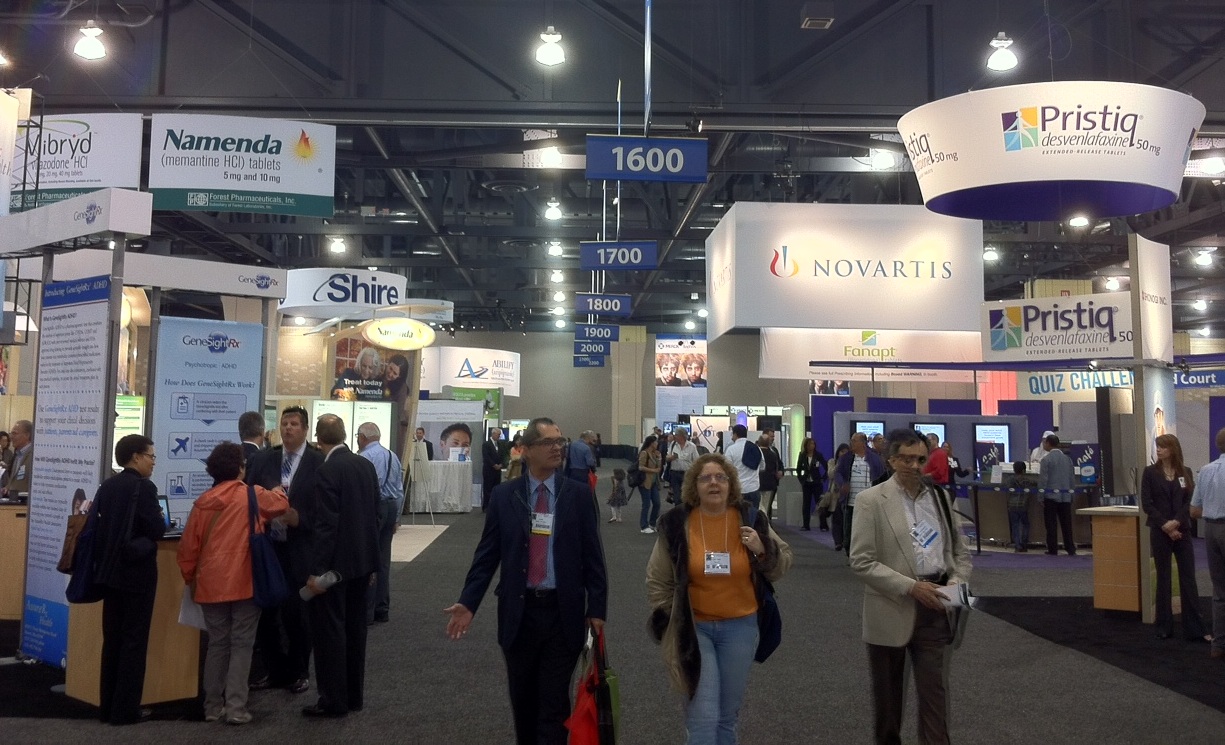 At the American Psychological Association Conference, the pharmaceutical industry has a large marketing presence.

The New York Times article, “A Call for Caution in the Use of Antipsychotic Drugs,” was alarming but not surprising to me as a psychiatrist. The numbers are staggering though. The advertising budget alone, at 2.4 billion dollars for the new antipsychotic drugs equates to about $57,000 per US psychiatrist (about 42,000 total)!

This marketing budget total alone just approximates the entire market for non-Federal IME’s and medical reviews. If spread across the U.S. population evenly, each of us would have consumed about 58 dollars worth of antipsychotic drugs in the past year! The use of such medications is clearly concentrated to a small portion of the population and are prescribed in large amounts by a small portion of psychiatrists and other licensed practitioners.

Anyone who has been to a major psychiatric conference would not be surprised at the massive booths from the drug purveyors manned by sharp men and women hawking the wares, with various enticements to visit their booths. The incentives to over-prescribe is clear, given the money involved.

The fact that a number of medical lightweights fail to understand how they are being used as gatekeepers to these drugs is sad and costly, not only for payers, but for patients who are often given these costly drugs with very real side effects, when less costly alternatives with equal or better outcomes exist. To deny the positive impact of these medications in select patients is wrong. But common sense combined with available science should lead to the obvious conclusion that this is not right.

Label creep, where a good drug is advocated for the wrong reasons, is not unique to psychiatry. Articles like this by Dr. Friedman does little to bring pride to my profession. Similar scrutiny is warranted for so-called ADHD (attention deficit hyperactivity disorder) in adults, fibromyalgia and any other malady that is largely associated with profitable, or abused drugs and often direct to consumer advertising to create a wider market.