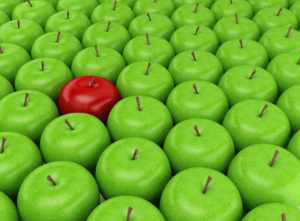 An Indiana hospital fired eight nurses last month after they refused to meet the deadline for receiving a mandatory flu vaccination themselves.

The ABC News article, “Nurses Fired for Refusing Flu Shot,” speaks for itself.

MCNTalk would like to hear from you, our readers, what you think about this topic and this particular case. Vaccination refusal is a hot button issue that pits individual beliefs against the public interest.

— Note that we are not stating that the beliefs are accurate or the public interest well-founded (though be assured we do have our own view on both).

Pundits are debating the meaning of the recent election results. I believe that to some degree the election is a mandate to continue to address our out-of-control health care system and an endorsement by the  electorate to continue to develop and deploy the Affordable Care Act – aka ObamaCare.

Coming at health care as a physician, patient, employer, taxpayer and medical director of a company whose business it is to review medical claims for appropriateness of treatment and utilization – I believe I have both skin in the game and a deep perspective on the problems we face.

Long ago during residency, during my medical rotation, I concluded that so much of care was of little value in providing quality or quantity of life to those whose days were numbered. Those providing the treatment were unable or unwilling to ask the tough questions that would limit care in hopeless situations. Governed by good intentions, physicians were and still are largely expected to treat with little moderation. This decision is supported by the economic rewards of treatment, encouragement by the hospitals they work in, and a fear that denying treatment or moderating the testing provided might expose them to litigation.

I wondered how many people would choose the care received if the system were somehow different, such as their paying directly for care of having the money available for some other use. I continue to ask this question today, while recognizing that many would abuse this choice, denying necessary preventive care to themselves or their children if given the option of diverting their health care spending to another cause.

But absent external controls on utilization and consumption – overuse and unnecessary care is common, and according to some, represents some 750 billion dollars annually, or about 25% of our health spend! This would suggest that we stand to gain far more from curbing spending and utilization than we do from discounting it.

And since patients and their families are largely shielded via insurance from the economic impact of treatment, they lack interest or incentive in invoking the economic self-interest that governs all of us in our non-medical personal spending behaviors, when we are not spending directly for our care.

Third party payments also mean that the costs of treatment are not responsive to competition, since everything is expected to be paid for at whatever price may be charged. Third party surrogates including insurance carriers, bill reviewers, and companies such as MCN whose work aims to control excessive and unnecessary costs are attacked by stakeholders including patients, providers, drug manufacturers, device manufacturers and hospitals when limits or denials are suggested or imposed.

As an employer, I have experienced annual increases well into the double digits in proposed premiums for our staff, only curbed by increasing co-payments, deductibles and some of the premium increases to the employees. This means less income for staff as their personal health spend increases – a trend common across the economy. The rate of increase has appeared to curb a bit over the past two years, perhaps in response to the reforms underway that improve the structure of the system by spreading risks to a wider population of insured individuals.

I grudgingly accept the need to provide coverage for employees, all the while wondering why this is the case. Staff do not receive company-paid housing, food or education; they get a paycheck to pay for some, and we all pay taxes to pay for other universal needs such as education. Why is healthcare a unique outlier by being tied to employment? How do we as a society rationally defend employer-based health-care given the outcome? The consequences are well-known.

They include most notably the lack of paid insurance for dependents and spouses under most employer plans,  total lack of coverage for many working people whose jobs don’t provide coverage, the unemployed, students, and those who are self-employed and either can’t afford care or choose to gamble by not buying coverage. Since hospitals do not turn away patients needing emergency care, those without coverage are either forced into economically dire straits if they have any money left over to pay, or the rest of us pay for their care via cost-shifting by these institutions to those who can and do pay. This results in higher premiums for those with insurance and the employers paying for them.

In a nation that extols the virtues of small business and entrepreneurs, how many men and women who might take the risk to strike out on their own are deterred from doing so because they can’t afford the high cost of individual health care, especially if they or a member of their family has preexisting risk that makes insurance unavailable or unaffordable. One would think that those who claim to champion a creative economy would insist upon health care being available and affordable to all. Yet by and large this was and is not the case.

As a patient and physician, I have had the opportunity to consume and provide care and see hospital bills that were extraordinary in their complexity and impenetrability, including excesses in line item charges, and inclusion of items that were not necessary in a particular case but dispensed to all patients admitted as standing orders. If you have the occasion to be hospitalized, call and ask for the multi-page actual bill submitted to your carrier rather than the several line summary they send you describing what was billed, what was paid, what was discounted and what you owe as a balance. It will be an eye-opener!

As a taxpayer I am aware of the massive multi-trillion dollar size of the US system, representing about 18% of our GDP or around a third more than those of other industrialized nations that have better public health metrics including infant mortality and life-spans. This excess spending decreases our national productivity and imposes burdens on all, and riches on a few.

Reasonable people can and should debate the details and the specifics; but like defense spending, entitlements and other massive expenses – health-care should be debated and addressed with data, not ideology! Those who believe that continuing the system with minor alterations are advocating the structural equivalent to putting lipstick on a pig. Concluding that this will somehow lead to meaningful change is either naive or willfully deceptive.

I struggle with the concept of personal freedom vs. personal responsibility, the role of government and who should pay for choices. Others do as well. Thus the debates on public health and safety, lifestyles, chronic illness and self-determined behaviors and how much the government should regulate what we do, how we consume and who should pay for these choices. Many entries in MCNTalk have addressed these topics that include obesity, tobacco, vaccinations, and those who question if and how these should be regulated and who should pay. Again one can debate the details and the ideology, but we can’t escape the expensive outcomes for individuals and society.

Democracy is a participatory sport in a game with real consequences for all. We wish our legislators well, thank them for their service and will be there loudly exercising our freedom along with them in the coming years. 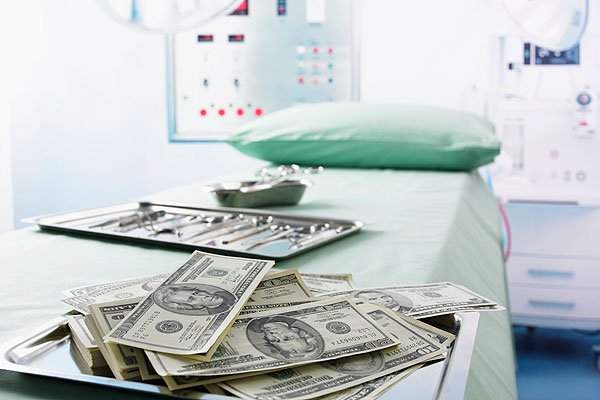 Emergency rooms sit of the front lines of the health care payment crisis as they must provide care to all who come though many can’t afford to pay. Photo by Adam Gault / Digital Vision / Getty Images.

Emergency rooms  sit on the front lines of the health care payment crisis. On the one hand, they must provide care to all who come – by law, custom and ethics. On the other hand, the care is expensive and many can’t afford to pay. Many of the uninsured use ER’s as their care sources rather when they lack access to clinics and physicians. Creative companies have found ways to profit and help pay for the care provided. In this case, one such company crossed the line of decency and legality. Our fee for service health care system assumes that personal responsibility and solvency can be relied upon. Is society served by financial triage for essential or urgent medical needs?

One day not too far off, stories such as the one featured in the New York Times article “Medical Debt Collector to Settle Suit for $2.5 Million” will be looked at with the same shame we feel towards the discrimination practiced in our country based upon race and other factors in past decades. We would regard it as abhorrent to deny access to K-12 education for the poor. Why do we believe that different standards ought to apply to access to health care? Why should employers have the burden and responsibility of providing health care for their employees, rather than this be a basic part of the social contract as members of society?

Do we as citizens and particularly those of us who have chosen to enter the field of health care have obligations beyond caring for our patients – to address systemic shortcomings and abuses the adversely impact the public health? Or is medicine just a job, and our goals to maximize profit?
Read more here: “Medical Debt Collector to Settle Suit for $2.5 Million”