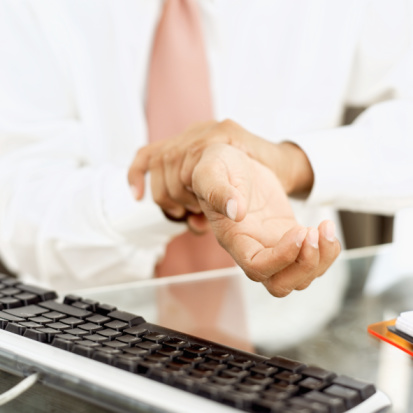 The diminished success rate is a complex issue, not reviewed here.  However, the excessive costs can be reduced without affecting quality of care through a number of measures reviewed briefly below and confirmed by evidence-based medicine.

First, is reducing the number of claims accepted by more narrowly and accurately defining criteria for the allowance of carpal tunnel syndrome as an occupational disease.

The Washington Department of Labor & Industries Medical Examiner’s Handbook criteria are that it “must arise naturally and proximately out of employment” whereas the Washington Department of L&I Medical Guidelines for the Treatment of Carpal Tunnel Syndrome (2008) merely requires that the occupation “constributed to the development or worsening of the condition” – a much broader and vague definition in which almost any occupation could be interpreted contributory to carpal tunnel syndrome.

Better, in my estimation, would first, like Kansas, use the term “prevailing factor” rather than “contributory factor.”  Second, to use systematic literature reviews that list the occupations in which the risk of carpal tunnel syndrome is at least doubled compared with the general population.

Secondly, whereas the Washington State Medical Treatment Guidelines require electrodiagnostic studies when carpal tunnel release is being considered, they are in classical practice often not needed for diagnosis especially when the signs and symptoms are classic, in which case surgical results are still excellent.  Further, electrodiagnostic studies have only a limited role in predicting successful outcome of carpal tunnel release and hence do not fulfill this more important goal.

The American Academy of Orthopedic Surgeons’ (whose members do the majority of carpal tunnel releases) Clinical Practice Guidelines summary for carpal tunnel syndrome concurs with this conclusion, but add it in combination with history and physical examination, may be more predictive of successful results.  It is unclear, however, whether occupational carpal tunnel syndrome was included.

Medical Disability Guidelines have recommended optimum return to work durations after carpal tunnel release that range from two to eight weeks depending on the work classification, whereas other “optimum recommendations” are from 0 to 4 weeks, demonstrating considerable variation.  Considering the relatively simple nature of carpal tunnel release, return to work for sedentary and light job classifications should actually be less than one week.  Longer periods would reflect worker desires and pain tolerance rather than any risk of harm.

In association with return to work are Functional Capacity Evaluations (FCEs), though less commonly done for carpal tunnel releases than other conditions, their purpose is to improve return to work by determining what limitations, if any, are required physically. In fact, for reasons beyond the scope of this brief review, that is unfortunately not the case and can even diminish the chances of return to work compared with giving no restrictions.

Summary: The above are methods that without altering quality of care, could potentially lead to significant cost savings in diagnosis and treatment of carpal tunnel syndrome in the occupational setting.  According to an August 2012 Washington Department of Labor and Industries news communication, L & I is currently contracting with an independent researcher to study occupational disease claims in Washington.  Hopefully some of the cost savings noted above would be considered.

D. Scott Smith has been an Orthopedic Surgeon who has worked on MCN’s provider panel for 12 years and has spoken at CEU events sponsored by MCN. To learn more, please email MCNTalk@mcn.com.