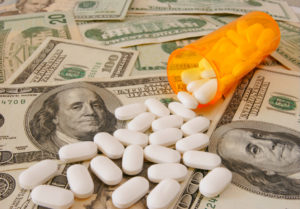 As the cost of health care coverage has increased markedly in recent years, many plans have increased co-pays and other out-of-pocket expenses. This article sheds some light on pricing as a controversial subject for the insurance and pharmaceutical industries.

Many states are making efforts to introduce legislation to allow pharmacists the ability and right to tell customers that they could save money by paying in cash for prescription drugs instead of using their health insurance. Currently, some plan members are paying two to three times the amount for prescriptions using their insurance policy vs. what the cash price for the same medication would be. Because of contracts between pharmacists and some companies, some pharmacists must remain silent about price variations and are not allowed to educate customers on discrepancies in pricing based on how payment is made.

Steven F. Moore’s family owns Condo Pharmacy in Plattsburgh, New York. Moore says, “A consumer filling a prescription for a drug to treat diabetes or high blood pressure may owe $20 if he uses insurance coverage. By contrast, a consumer paying cash might have to pay $8 to $15” – the difference often going to the drug benefit managers.

States across the country are beginning to recognize this issue, and state legislatures are moving to pass new laws to cap ever-climbing prescription prices. Five states including North Dakota, Georgia, and North Carolina have made headway in changing laws so that pharmacists can suggest alternative ways for consumers to pay for their medication.