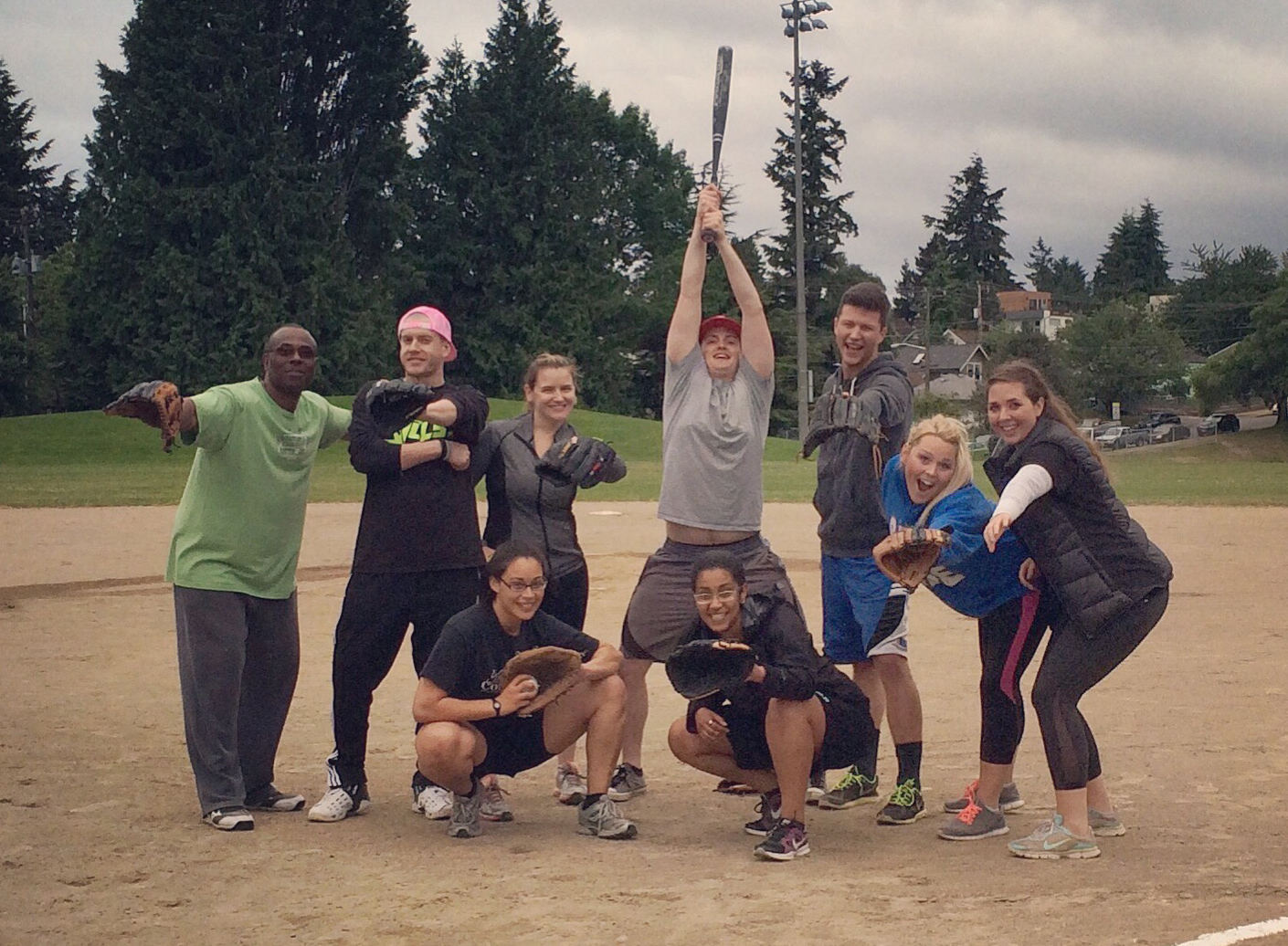 For the first time in MCN history we are excited to introduce our very own softball team! Dedicated players from both the Corporate and Seattle offices are banding together to compete at Maplewood Playfield on Thursdays. The first game takes place tomorrow 6/4 and the season will run through 7/30, giving teams the opportunity to play six regular season games plus playoff games if/when we  qualify.

Yesterday marked the very first practice for some team members that were able to attend (photo proof provided above left). They’re looking pretty fierce out there! Lea Dilling remarked that there were a handful of them that had never played softball before but by the end of the practice were looking like really promising players. Oh what practice can do! One of the team’s original founders Russell Blount deserves special thanks for organizing the practice and has been officially coined “The Softball Man.” Another big thank you goes out to Albert Jennings for coaching the team like it was a paid gig. Based on how #PracticeOne went some highlights to look out for are: Kyle Brady and Dave Tucker tearing up the outfield; Lea Dilling diving for grounders; Amy Belete taking balls for the sake of the team; and Brianna Bean (former softball champion), Kierra Neher and Caitlin Jacques doing whatever it takes to get that win.

We are looking forward to bringing you updates about the team and the standings as the season progresses. Details for tomorrow’s game are below and we encourage anyone not playing and in the area to come out and help root our team on! Go Marmots!