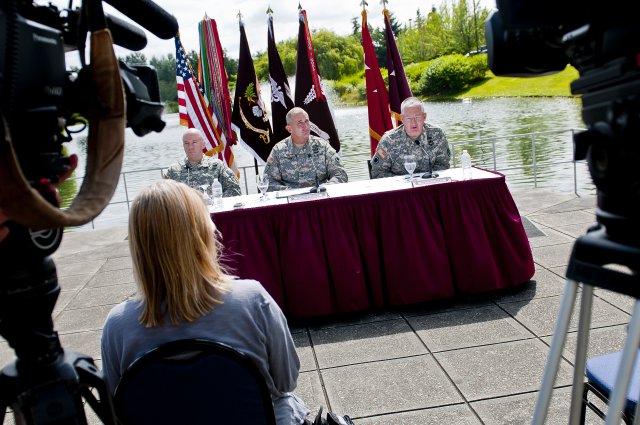 After two weeks of following the Madigan Army Medical Center investigation, commander Col. Dallas Homas has been reinstated to his position. The investigation started mid-July after soldiers believed their Post Traumatic Stress Disorder (PTSD) diagnoses had been unfairly overturned by Madigan’s team of forensic psychiatrists and psychologists.

At an August 2nd press conference, the Army Vice Chief of Staff Gen. Lloyd Austin announced that forensic teams would no longer screen PTSD patients and reinstated Col. Dallas Homas to his position as commander, stating “he had not exerted any undue influence on the diagnostic process.”

In relation to our previous blog post “Military Psychiatrists Under Fire for Doing Their Jobs,” written by MCN’s Medical Director Brian Grant, MD, the Seattle Times featured him in an article last week. Here is an excerpt from the Seattle Times article “Reinstated Madigan Chief Happy to Be Back”:

In his remarks, Homas confirmed before his removal he met with an ombudsman to discuss the forensic-screening team. At the time, Homas said he thought the forensic team was executing the accepted standard of care. “Now we have been given a new policy, and we’re going to execute that,” he said.

The Army’s decision to abandon the use of forensic screening has raised concerns among some doctors who practice forensic psychiatry. “I am baffled as to why making a psychiatric diagnosis in a military context should have different criteria from the civilian sector,” said Dr. Brian Grant, a Seattle-based forensic psychiatrist. “The matter deserves further study, hopefully including input from medical experts outside the military system.”