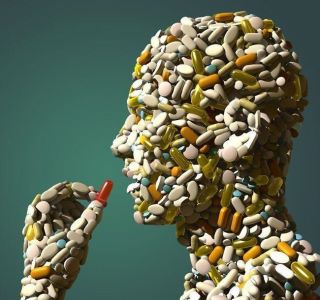 Though prescription drug abuse is not a new problem, it is one that deserves renewed attention. In 2010,  12 million Americans reported using prescription drugs non-medically. Among the most abused painkillers, Oxycontin, Vicodin, and Xanax, are so powerful that even when those with injury or disability are prescribed medically, a staggering number of them become addicted. It goes without saying that prescription drugs can be indispensable allies to those who really need it, but they also pose serious health risks such as lifetime addiction and death.

Fortunately, several states are taking initiative to control this problem and have even managed to find appropriate and safer treatment options given to injured workers. The Ohio Bureau of Workers’ Compensation (BWC) is effectively reducing painkiller abuse trends through formulary and pharmacy management initiatives in an effort to address Ohio’s opiate epidemic. Read More…
From February to April, the number of patients who received powerful narcotic painkillers saw a 12 percent drop as the agency strictly regulates the drugs that physicians can prescribe for the initial pain of  injured workers. In a WorkCompWire article,  BWC Administrator and CEO Steve Buehrer, said, “Ohio’s new formulary is proving an effective way to help manage care and ensure we are getting injured workers the right prescriptions for the right conditions at the right time. While narcotics can be a legitimate part of the treatment process, we owe it to Ohio’s workers to ensure their road to recovery doesn’t descend down the dark path of addiction.”
The initiative has driven down the number of narcotics prescribed to injured workers by 12 percent, or 1.1 million doses. This equals a 12-percent reduction in the number of doses and a 15-percent, or $2.1 million, reduction in costs, according to the BWC. It’s initiatives like these that will help ensure injured workers are receiving the right prescriptions for the right conditions at the right time,” said Steve Buehrer.
The painkiller epidemic  is an issue that must be addressed wisely. While it is a life saver to those who need it for short-term pain or legitimate reasons, it is also the silent killer of thousands of people who abuse it. The Ohio BWC initiative is step in the right direction but a collective effort from the U.S. government, our state legislature, health insurers, healthcare providers and patients must be made to end this nationwide epidemic.
Here are some key findings from the Center for Disease Control and Prevention (CDC):
47.608945-122.332015