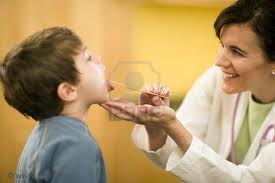 Remember the solo family doctor? In in some places, as noted in this Wall Street Journal/Smart Money article, it has become increasingly likely that she’s collecting a paycheck from a large regional hospital—and practicing medicine according to the hospital’s strict playbook.

Nationwide at least one in six doctors—more than 150,000—now works as an employee of a hospital system. And with about half of recent medical school graduates deciding to work for hospitals and many established doctors looking to unload their practices amid the tough economic climate, what was a trickle of change has turned into a torrent. Jim Pizzo, a Chicago-area hospital consultant, says the blistering pace of these mergers is leading some colleagues to joke that there are two types of physicians today: “Those employed by hospitals and those about to be.”

Is this trend (if there is enough evidence to suggest a real trend) problematic, or at the very least what are its upsides and downsides for patients?

Whether they wear suits or scrubs, many physicians think they’re doing the right thing. Hospital executives say they’re adapting to the rapid evolution of the health care business, while physicians, worn thin running businesses during the recession, are drawn to the safety of a salary and regular hours as well as the appeal of not having to deal with many other administrative issues small business owners have to work through, such as the hassles of office space and tenancy, benefits packages, and of course the question of access to costly medical equipment.

What’s less clear is how the fever to buy up local doctors’ offices will affect the paper-gowned patients caught in the middle, with many saying they’ve already seen costs rise or treatment choices dwindle. Consumer advocates say the demise of the neighborhood doctor could turn out to be as big a change for medicine as anything happening at the national level with health care reform. “The story of how well these collaborations will actually work, day after day, hasn’t been written yet,” says Roland Goertz, president of the American Academy of Family Physicians. Read more…